When I was just a little girl,
I feared monsters ‘neath my bed.

As a teen, they tormented me,
When they moved into my head.

When I was a fair young maiden,
They were those I might have wed.

But as I grew into full bloom,
They soon feared my wrath, instead.

“Gray Hairs Found Near Mangled Corpses!”
“Each missing both heart and head!”

Monsters no longer frighten me,
Night’s not something that I dread.

Monsters protect me when I sleep
With their parts stowed ‘neath my bed.

I opened the door and there he was holding a heart-shaped box of chocolates and a fistful of roses, beaming proudly, “Happy Valentine’s Day!”

“Damnit! Not you, too!” I blasted him and shut the door as I turned on my heel.

He opened the door and followed behind me. “What? It’s Valentine’s Day. I brought you gifts,” he whined.

I spun around to face him and snapped, “No. You brought you gifts. Those aren’t for me.”

His brows furrowed as we stood there staring at one another in an awkward silence. I folded my arms over my chest, not budging. Finally, his shoulders slumped and his arms dropped to his side, still holding the offerings in his hands. He eventually just looked down at the floor.

He was crestfallen, but I kept at him. It was for his own good, “I get it. You got all caught up in momentum of the day. But, that’s just not me and I thought it wasn’t you either. You were quite clear about that last year after that girl broke your heart,” I reminded him.

‘No more stupid, messy, useless love for me,‘ you said.

I drove the point home, “Remember? We…you and I…both of us…we were crystal clear about that.”

He shrugged and looked back up to me with that sheepish smile of his and those big, soft puppy dog eyes. “Well, it’s also our anniversary today.” He said. “One year since we met. I wanted to make that special at least.”

That’s when I felt it.

I thought I’d sensed it for some time, now. Those all too familiar angsty pangs were hitting my heart. The butterflies were fluttering in my stomach. Tendrils of aching need began to slither along my flesh. My mouth went so dry that I could barely speak. Somehow I managed to croak out, “Leave.”

But, he didn’t leave. He began walking towards me, his arms wide. I stumbled backwards trying to get away from him and his gifts and, mostly, his Love – that all consuming human emotion that wraps its hungry, suffocating tentacles around you squeezing until you gasp your last breath. Then he uttered that phrase, those three cursed words.

I tried to make him stop – to make it stop. Truly, I did. I demanded that he go away. I pleaded with him to just go outside and walk it off. By then, he was too far gone, I think. That damnable holiday pushed him over the edge. And, by the way, how they co-opted cupid into that commercialized mess is disgusting.

Now, I know what you’re thinking, so you can just spare me the disapproving look. I’m immune to it by now. It’s all my fault, right? I should know better. Blah, blah, blah. I’ve heard it all before. So, you can save the lecture.

In any case, I didn’t do away with this one altogether. Surprised, huh?

That’s right. While he was unable to maintain his self control, I kept my head and let him keep his…sort of. Let’s just say that he’s not the man he used to be and leave it at that, okay?

In all sincerity, I’m going to miss him. I really thought this one was a keeper. I thought he’d be able to resist the urges, the compulsion. Silly, weak mortals.

It’s a pity. Things were going great for almost a year. A year! Instead of blaming me this time, I say that we blame it on Valentine’s Day.

No. I’ve not written a knock off of the E.L. James’ series. I’ve been painting -The living room. The dining room.  The hallway. The office. Whew! Who knew there were so many shades of beige?

While standing atop my ladder, inhaling paint fumes, it occurred to me that the painting process is similar to the writing process.  It starts out messy; at times the stench is pungent enough to clear a room; few can appreciate what the final outcome will be, including the creator and the only way to get to the end is to keep working at it. Then suddenly, miraculously, it’s done and you realize that all of the work was worth the effort.

Speaking of writing, I’ve managed to put the final edits on Unlocked Diaries – to be published soon! And, I’ve made a serious dent on my second novel, The Call.  Also, a micro-flash fiction I submitted was selected to be included in Serious Flash Fiction: Volume 4. Woohoo!

I’ll do my best to blog more frequently, between home improvement and writing projects, but we can also keep up with each other on twitter and Facebook. You can find me at @MsMoxieMalone.

If I’m right, in about a half an hour I’ll be recuperating from la petite mort. If she’s right, I’m five minutes away from the big sleep. Either way, I’m a goner. Never fall for a client. It’s bad for business and may be bad for your health.
I’m the guy on the left with the ruggedly handsome jaw who’s about to lay a lip lock on that pouty mouth. Maxwell Princeton; Most call me Max; she called me Prince. I’m a dick. A private dick.
That’s Belle on the right. She’s my client. Well, officially, she’s now just another beautiful dame.The case is closed and she’s paid me the two g’s. But, there’s still the matter of the curse.
And those lips.
You don’t live in this town and ignore curses whether you believe in them or not. My grandmother told me, “curses have as much power as you give them.” Too many here believe in that power. Belle is one of those believers.
It doesn’t help that her godmother is a well known Voodoo priestess – Marie LeFaerie. It helps less that she’s the one who put the curse on Belle. It’s a sordid tale of love, betrayal, the death of a lover and a witchy woman. We call that Wednesday, here, in the Big Easy. Let’s just say that Belle’s mother played with fire and Belle got burned.
Belle had reason to be afraid. Her last two beaus are now pushing up daisies in Lafayette Cemetery No. 1. That’s why she came to me. That’s the case that I cracked.
Baiser de la mort is what it’s called. That’s the kiss of death.
It wasn’t a curse, though. It was a cheap hood who had the hots for Belle and bumped off the competition. That scum is now making license plates and clinging to his soap in the shower.
She was grateful that I’d put the bum behind bars but wasn’t convinced that it wasn’t the curse at work, “They are still dead,” she told me as she looked at me with those big baby blues.
The doll had a point. Two of them. It’s chilly in here. I pulled her into my arms.
She trembled and her lips quivered as she spoke, “But, I – I’m cursed, Prince. I’m cursed.”
I had to taste those lips.
“It’s okay, beautiful. I’ve got a lucky charm. Now let’s go back to my place and I’ll show it to ya.”

“My prince charming,” she whispered as her lips met mine.

This little flash fiction was a #Submission to the #DailyChallenge for #EroticReaders utilizing the photo featured here. 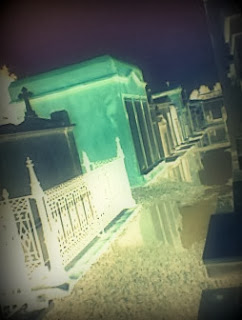 Dear Diary,
Everything is set to check off #17 on my fuckit list. I think it’s especially appropriate that I’ll be nailing

A diary. How quaint. I suppose I should honor the girl by reporting back on her Halloween adventure.She certainly chose a nice specimen to complete her dirty deed; I have no complaints. He was well endowed and eager to accommodate. It was a delightful awakening and with that last, delicious final thrust, Josie experienced a moment of true ecstasy. I do believe I shall allow him to call on me again.

I am impressed with her creativity. This little journal contains some titillating details of her exploits and an intriguing list of adventures yet to be experienced. I will endeavor to complete her list and I have many ideas of my own to add to it.
It is a pity that she could not stay, but there simply was not enough room for both of us.
And now, dearest diary, I am closing out this chapter of Josie’s short but adventurous life.— Miss Josie
(This excerpt is modified into flash fiction. The original will be found in the novel Unlocked Diaries – Dirty Little Secrets that is being written right now during NaNoWriMo)